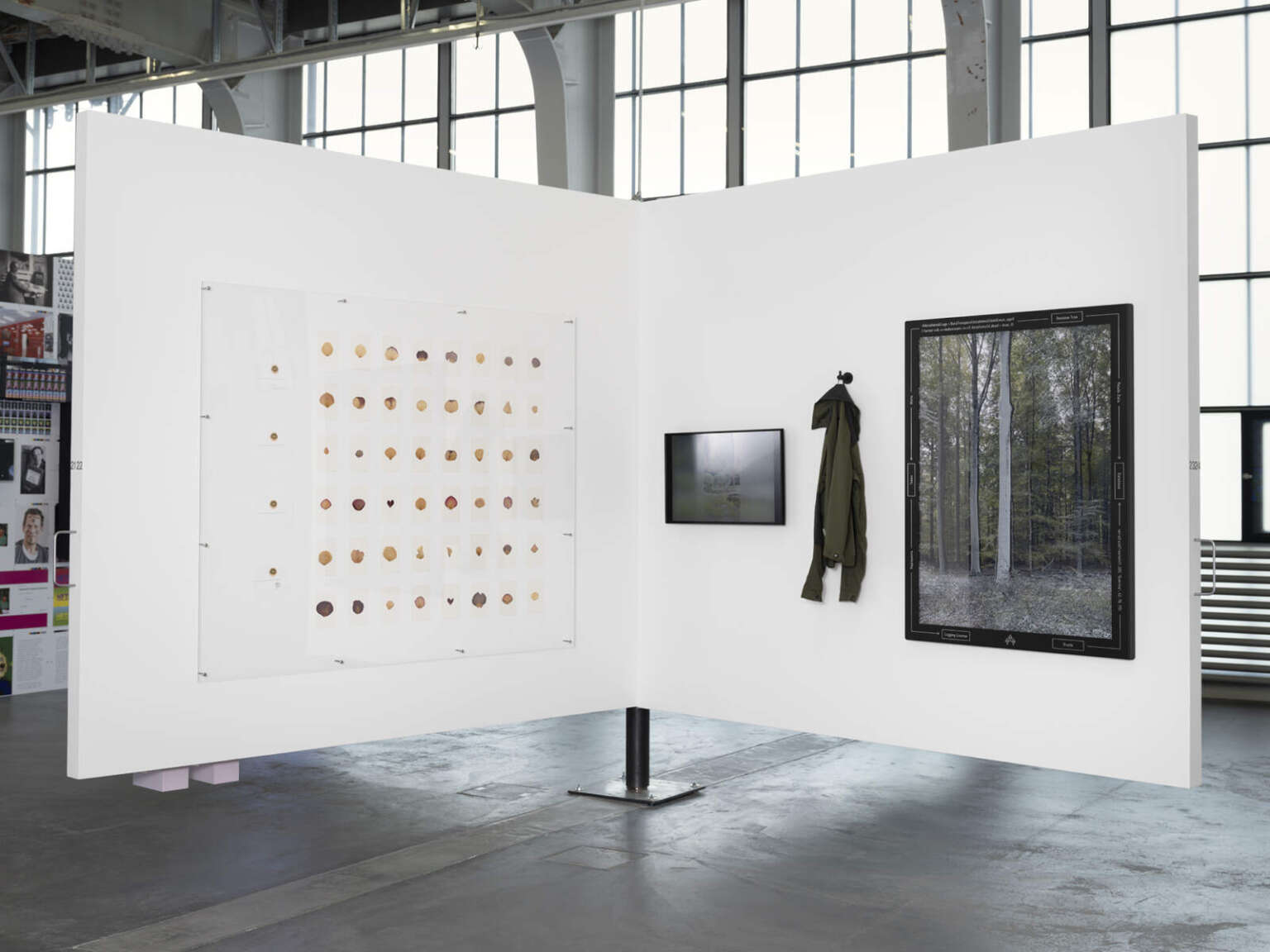 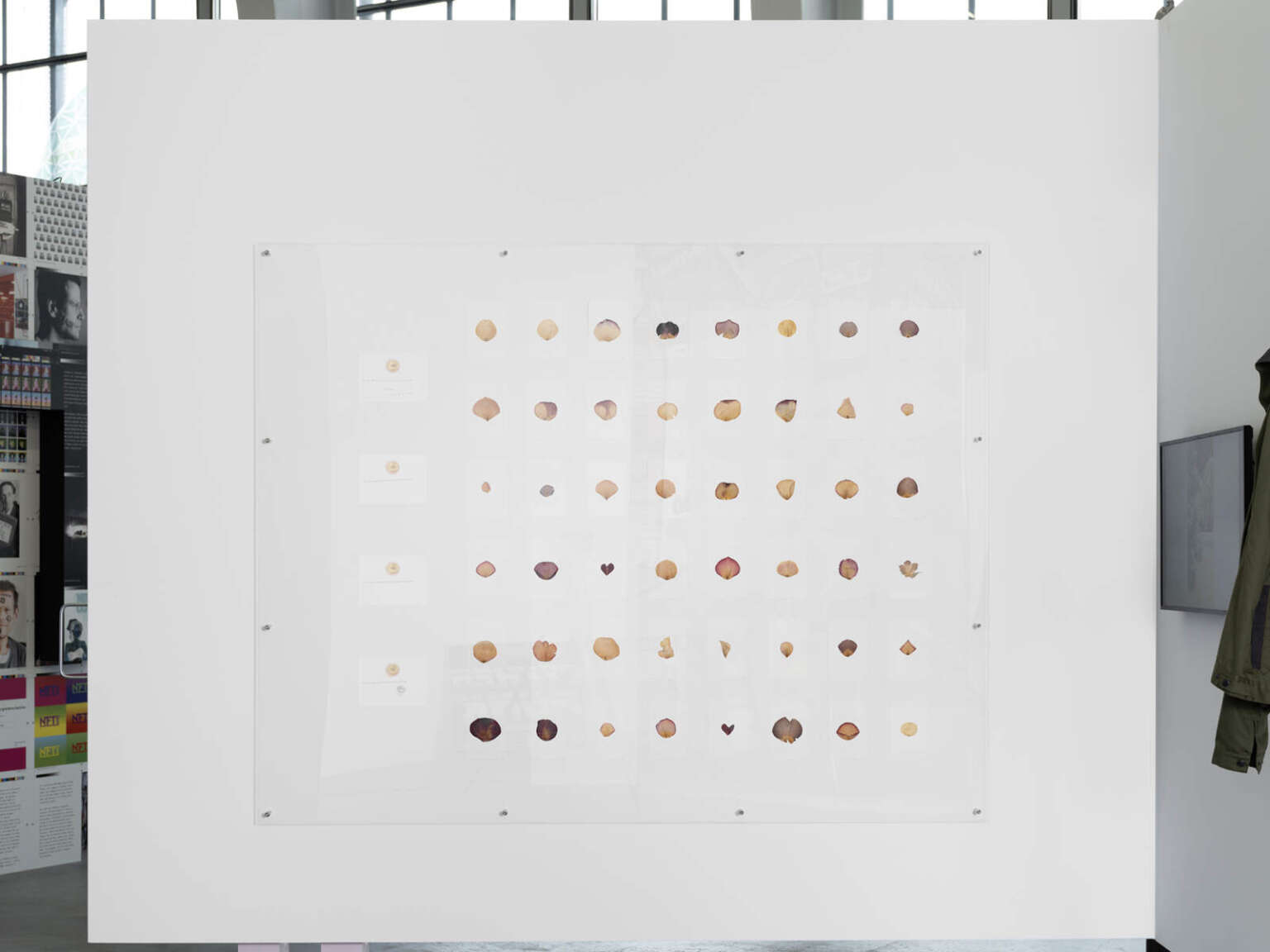 In February 2015 Sarah Meyohas launched Bitchcoin, a cryptocurrency where each token was backed by a five by five-inch portion of her photography. Predating the launch of Ethereum, Bitchcoin was the first tokenisation of physical art on the blockchain. Initially operating as a fork of Bitcoin, buyers received a certificate with public-key encryption allowing them to access their Bitchcoin wallet. These certificates are on view alongside a selection of pressed rose petals from Cloud of Petals (2017), for which Meyohas conceived a real-life algorithm dictating that human hands individually open thousands of roses, pick the petals, place them under a camera, and upload the images to a server. One petal per rose, considered the most beautiful, was set aside and put in a press — preserving 3291 petals as physical artifacts. In early 2021, Bitchcoin underwent a metaphoric transformation through its linkage to Cloud of Petals, and each of the 3291 petals were minted as ERC-1155 tokens on the Ethereum blockchain. As a documentation of the performance, these petals became Bitchcoin’s ‘proof-of-work’.

Sarah Meyohas (1991, New York) is a conceptual artist and pioneer in the field of crypto art. Her work has been exhibited worldwide, including solo shows at 303 Gallery, New York and Red Bull Arts, New York. Meyohas is also a venture partner at Spark Capital. In 2015, Meyohas created Bitchcoin, a cryptocurrency-as-artwork inspired by Bitcoin, which was backed by her physical artwork, effectively making it a ‘proto-NFT’. Today, Meyohas continues to investigate emerging technologies with familiar emblems of biological life: soaring birds, created using augmented-reality software, flock in unison with the frenetic variations of the stock market; rose petals, aggregately identical but individually unique, comprise the dataset for their AI-created equivalents.